Litany or Tax on human progress 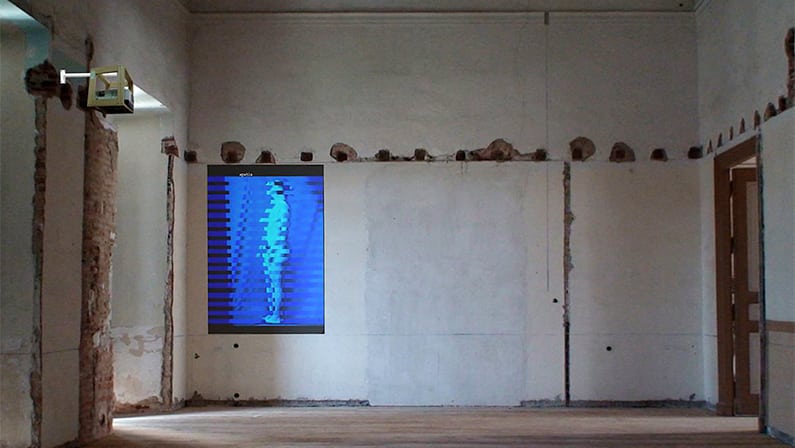 …the technological revolution and the changes in the organisation of life in terms of human communications call for an effective change not only in behaviour, but also –and mostly so– in sensibility. A very different, and not just bizarre way of experiencing reality or, at least, that which had been regarded reality so far” —José Muñoz Rivas

Litany or Tax on human progress is a project that has been underway since 1998, based on the wear-and-tear process and image fragmentation through use of different technical media.

First I decided to film on Super 8. Next I used photography, and then I cut those photos into strips and made up 49 photomontages that then were transferred to photocopies. To close the circle of damage of images, I entered those photomontages into my computer and transformed them into this video titled Tax on Human Progress or Litany, included in the series The Appearance of Reality–The Reality of Appearance that has been the subject matter of a number of works (photography, video, holograms…) created during the last fifteen years.